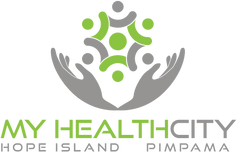 Dr Batra completed his basic medical, physician and cardiology training at the University of Delhi, India in 1997 before obtaining a Fellowship in Electrophysiology from Maastricht, Netherlands in 1999.

Dr Batra worked as an intervention cardiologist consultant in leading private hospitals in Delhi and also at Birmingham City Hospital, England. He worked as Assistant Professor in cardiology at the prestigious GB Pant Hospital, University of Delhi, before relocating to Gold Coast Hospital in 2006.

Dr Batra used his extensive experience to build the cardiology services at the Gold Coast University Hospital to its current level and is the leading interventionist having consistently performed the maximum interventions since joining. He is also the current clinical director of the catheter laboratory at the new Gold Coast University Hospital (GCUH).

Dr Batra performs all kinds of complex stenting procedures and contributes to the Primary PCI program. He established the EP, ablation, AICD and heart failure pacing program at GCUH. In addition to being an accomplished interventionist, Assoc. Prof. Batra is acknowledged as an astute clinician by his peers. He is credited with several publications and abstracts that have been presented at national and international meetings. He also holds the title of Associate Professor of Cardiology with Griffith University.